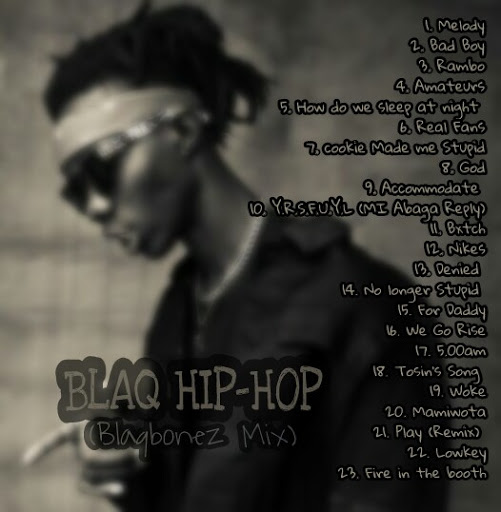 this is the best of blaqbonez songs mixtape 2020 offered to you by one of the top talented hip hop dj in the nigerian music industry. Blaqbonez prides himself as the best rapper in Nigeria. he is always saying that everywhere and he tries his best to live up to that standard. This is filled with the Latest BlaqBonez Songs and albums playlist till 2020. This is a wonderful collection of the best blaqbonez audio. He is currently signed to chocolate City record label under the tutelage of MR (Mr incredibles). So far blaqbonez has released 2 album EP, the first one titled Bad Boy Blaq was a 10 track album project that featured isome of his earliest dope rap tracks, after that, he released Mr Bombastic in 2019. his music style is an infusion of foreigh rap trap music with Afrobeat. his non conventional style of rap music has started garnering him his solid fans base. From his recent album, he had success on his track titled shutup and also with run my race.

Get free Airtime & Data With this App